We read the United Nations Report on the cholera epidemic. The first few words were chilling, “Cholera arrived in Haiti…” The writer, the Special Rapporteur on Extreme Poverty and Human rights, seemed to describe cholera as if it were a tourist with a wide-brimmed hat and sunglasses, who gently descended the jet way, proffered his passport and visa to Haitian immigration officials and entered the nation, a welcomed guest. We thought, as world leaders gather at the UN General Assembly this week in New York, including Haiti’s interim leader Jocelerme Privert: this report is going to be business as usual.

The report improved, however. The author described the scientific evidence, the lack of history of cholera in Haiti, and how United Nations officials skirted the issues and engaged in a moral abdication of its responsibilities. The evidence, after all, points overwhelmingly to the responsibility of the Nepalese peace keeping mission as the source of the cholera outbreak in October 2010. We now know that over 9,000 persons have died and more than three quarters of a million were infected.

The United Nations argued that they have ”absolute immunity”, that if they surrendered to the ”threat of litigation,” the floodgates would open and they would be vulnerable to lawsuits in other countries; they maintained that accepting responsibility would penalize other countries who contribute troops, and possibly undermine the financial viability of all UN programs. They even blame the very poverty that afflicts the poorest Haitian citizens for creating the conditions for the cholera that killed them. Christopher Handal, Chairman of the Board of the Haitian Chamber of Commerce, West says : “This ‘domino theory’ defense is morally repugnant and legally indefensible; but the legalities do not concern us. It is the end result for the Haitian people that matters most.”

We believe the tide is turning against the United Nations. Major international institutions like Human Rights Watch are calling for the United Nations to accept responsibility. Inside the corridors of governments, people recognize that the deaths due to cholera where unnecessary and not the fault of the Haitian people. Dr. Michelle Morse, M.D., M.P.H., Deputy Chief Medical Officer for Partners in Health, commented: “I never would have imagined that so many Haitians would die from this epidemic, [and] that the cause would be so preventable.  Countless Haitian families across the country have been touched both by these deaths as well as the suffering experienced by the surviving victims of the epidemic.  We owe them justice.”

It seems clear that there will be financial remuneration directed towards the victims of the outbreak. But Haiti has a sordid past managing debt and aid that is raised in the name of its people. Jovenel Moïse, a successful businessmen in Haiti who rose up from the rural poor and is now running for president said, “Many of these programs are constructed in the name of the average citizens but never leave the grasping fingers of the international functionary, or worse, go to those who do not deserve it.”

This could be true for any United Nations package that is designed to alleviate the suffering and eradicate the poverty of the victims of cholera.

The author of the report concludes with a list of things that the United Nations should do to redress the harm it has perpetrated on the Haitians: issue an apology and accept responsibility, consider a policy package that compensates victims, and improve the transparency around its decision-making.

Olivier Barrau, a leader in the insurance and banking sectors says, “Let us make sure that the benefits that are accorded to the victims of the cholera actually reach those victims.” The international community will compound the injustice of the cholera outbreak by watching the proceeds of the programs get sucked up into the overhead costs of the hydra-headed United Nations, or get redirected to wealthy people in the form of procurement contracts, or worse, redirected to other nations whose suffering was minuscule compared to that of the Haitian people. “Then, and only then,” says Jovenel Moïse, “will we write about the day that justice arrived in Haiti.” 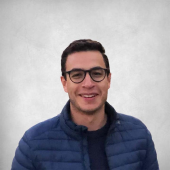 We are an advisory firm that supports high-potential entrepreneurs in frontier markets who have a vision for, and commitment to, innovation to increase their levels of productivity, global competitiveness, and to achieve sustainable levels of growth.

All stories by: Admin Kinesis
Introduction to Business Innovation